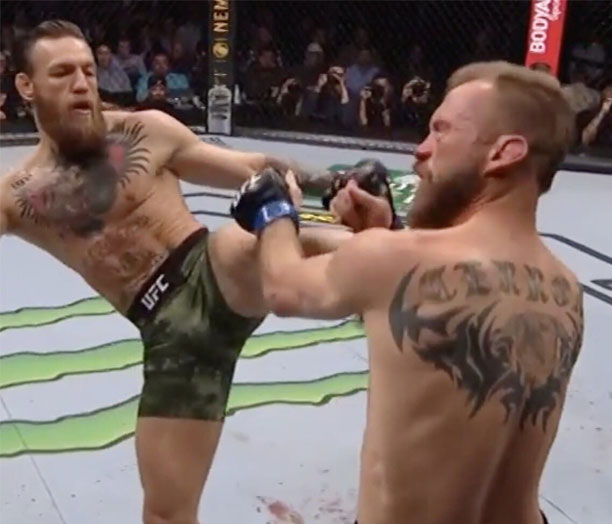 As you know, the long-awaited battle between Conor McGregor and Donald Cerrone took place on 01/19/2020!  In just 40 seconds, McGregor left knockout to Cerrone with his left hi-kick.  The result of the battle is Conor’s flawless victory.

Earlier, we did a short review of Conor McGregor’s technique and noted that his strength was in standing.  And in this fight, McGregor showed everything that he is capable of: a vigorous start, a way out of the clinch and a signature high-kick with finishing.  Great work and excellently honed technique. Such a fight is really nice to watch.

Yes, the Irishman returned to the octagon and he is in great shape!