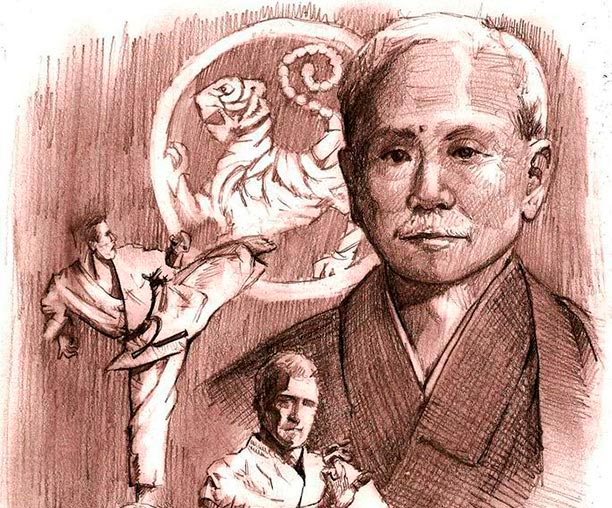 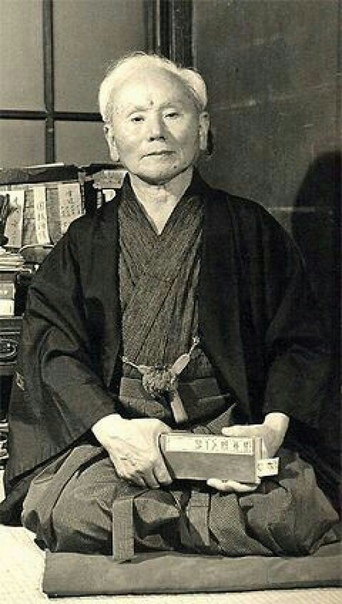 Gitin Funakoshi Funichoshi Gichin, (11/10/1868 – 04/26/1957) is a famous karate master who is considered to be the founder of Japanese karate, who managed to combine and form existing sets of techniques together, creating a system.  He is the creator of the Shotokan (Shotokan) style.

Gichin Funakoshi was from a noble family.  All the men in his family (father and uncle) were engaged in martial arts that were popular in Japan at that time.  Gitin himself was not distinguished by good health, therefore, from the very childhood, with the aim of strengthening it and at the insistence of doctors, he began to engage in martial art of Tote (at that time two styles of martial arts Sorei-ryu and Sorin-ryu, which later formed the system that  we call karate now).

In 1916, Funakoshi first publicly displays the toté at the Japan Martial Arts Festival.

In 1921, he quit his job as a teacher at the school and headed the Okinawa Martial Arts Spirit Association.

We present to your attention a series of historical films with the participation of Funakoshi Gitin.  Also in the video are presently known sensei Nakayama and Nishiyama.

In 1936, Funakoshi opened his first Dojo in Japan.  It is noteworthy that it was Funakoshi who changed the interpretation of the term “karate” as “empty hand”, which used to mean “Chinese hand”, or “Hand of the Tang Dynasty”.

Funakoshi Gichin continued to popularize karate until his death in April 1957. Funakoshi died at the age of 89.

During his life he wrote several books, among which:

All books are in our library.