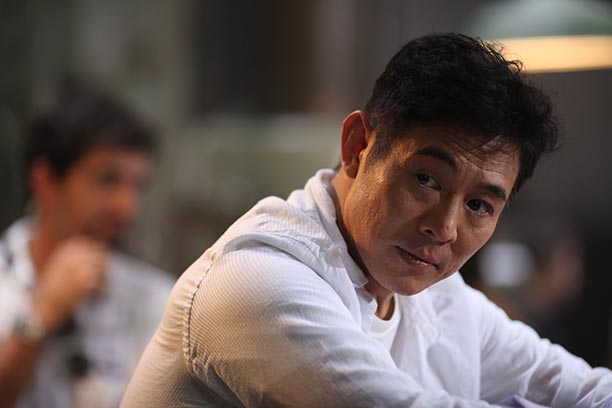 Today we tell you about this wonderful actor and master of martial arts whose name is jet Li.

Jet Li was born 26.04.1963 in China, Beijing. He was the youngest child in the family. Lost his father early, therefore his family was of very modest means. Since childhood Lee began to show special ability in physical education and after first class school he was sent to a children’s sports camp, where he first met with Wushu. Later, Lee himself admitted that his acquaintance with this section of happened by accident. His lessons in the section did not remain unnoticed and already a couple of years later (in 1972), jet Li not only gets on the national Wushu championship, but becomes the winner. After this event the whole life of Jet Li already had a sporty direction. Even 2 years later (in 1974) jet Li joins the National team of China Wushu and sent to represent his country in the United States.

In 1977, Li took first place at the National Wushu competitions. In 1978 he became a gold medalist and in 1979, already at the fourth Wushu championship wins in the whole complex of disciplines.
Personal life

In 1987 wife jet Li was Juan qi yuan -athlete of the Chinese national team on ushu, which later starred with him in the film “Shaolin Temple”. In marriage they had two daughters, but 3 years later the couple divorced.

Great attention to jet Li pays charity is an Ambassador of the organization of the Red cross. Currently holds citizenship of Singapore.
Views on martial arts

Jet Li – a follower of Tibetan Buddhism. In his opinion, the essence of martial arts lies not only in the development of power and speed, and more achieve inner harmony. Modern types of martial arts great attention to the external form of manifestation, while the very essence of martial arts remains in the shadows. Also would like to see martial arts and Wushu in particular as a form of art where everyone can Express themselves and their own special style. However, according to Lee, the new competition rules to limit athletes ‘ in this setting more stringent limits.

Also jet Li says that you should never play hero, believing in their own strength, when the threat is real. Here is what he says:

“The gun easily, in a split second is superior to years of training in the martial arts. As I have mentioned many times, it is very important to make a distinction between movie and reality. The hero in the movie can knock the weapon out of the hands of the enemy and to save the situation, but in real life this is often not so.”
Filmography

Jet Li has starred in over 40 feature films, and is also the producer of two dozen paintings.