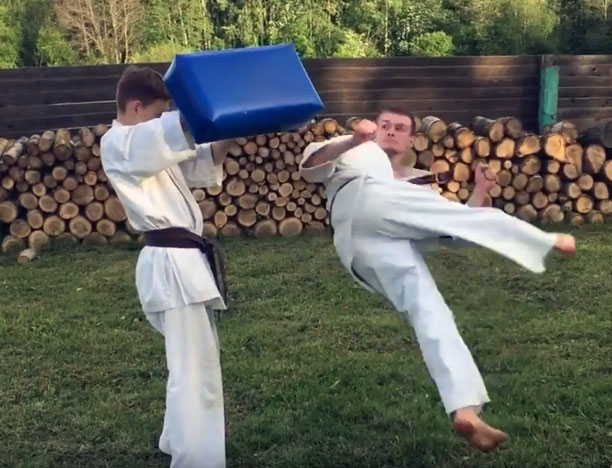 Today we want to introduce you to a very effective and equally effective kick from the U-turn – Mavashi Kaiten Gehry. And, although this blow originates from the Kyokushinkai style, it will be useful for everyone involved in karate to study it.

Due to the fact that the strike is carried out due to the rotation of the hull in the fall, it has great destructive power, but at the same time it remains almost invisible to the enemy until the last moment, and it can be performed both from a relatively long and close range.

The main technical difficulty of the implementation is to be able to take the correct position of the body relative to the enemy and set a strong twisting moment. Also, Mawashi Kaiten Gehry can be performed in a jump (often such a blow is also called Bedouin Salto).

If this blow is successful, the knockout to the opponent is almost guaranteed: